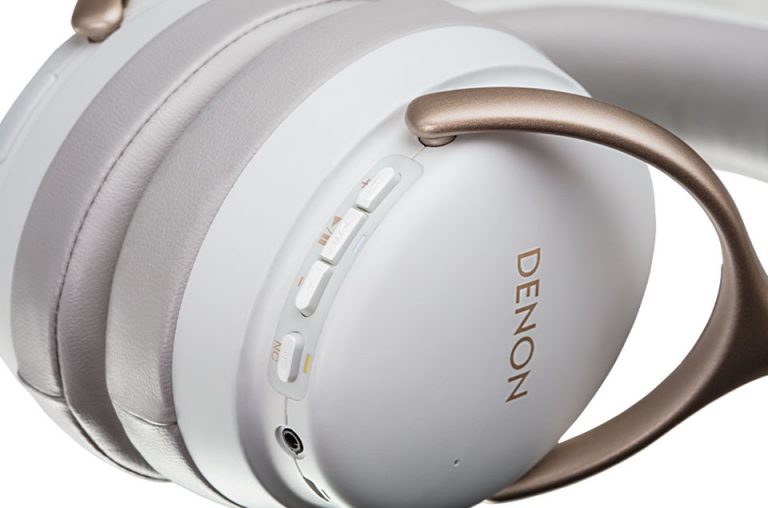 AH-GC30, AH-GC25W, AH-GC25NC headphones from Denon have (depending on the model) High-resolution Bluetooth, adaptive noise canceling, or both.

Denon says that its FreeEdge drivers have floating diaphragms that reduce resonances while providing a “precise pistonic motion.” The company says this results in better bass response and gives a wider soundstage. It says the cumulative effect of the acoustic treatments in these headphones results in natural tonal balance without excess coloration.
The two wireless models also work as USB headsets.

The active noise canceling technology in these headphones is newly developed by Denon. There are two microphones on each ear cup, and three noise canceling modes are available: one for air travel, one for commuting and one for use in an office.

Denon says that the City mode mitigates the sort of noise you find outdoors, which includes the constant din of urban traffic. The Office mode is adept at reducing that ubiquitous hum you hear in any typical office work environment. And the Flight mode specifically targets the continuous drone of aircraft engines, which is different than the sound of an office.

Other features include a Denon Audio App that runs on your phone and lets you control a variety of functions, “Calling on the Go” that provides clarity for phone calls, even in loud spaces, for the wireless models, Dual Device Connectivity which allows you to listen to one device while taking calls using another, and CVC (clear voice capture) which is a noise reduction system for the built in speech microphones that allow these headphones to deliver your voice clearly (does not apply to AH-GC25W).

Earin, The first truly wireless earbuds are finally here. Are they any good?

Logitech is acquiring Blue Microphones for $117 million in cash

Earin, The first truly wireless earbuds are finally here. Are they any good?

Logitech is acquiring Blue Microphones for $117 million in cash